An MMA fighter trains a young woman with powerful raw talent,
sparking a love affair that could jeopardize them both.


Readers are talking about Uncaged Love!

"I am on the edge of my seat with Jo and Colt."
- Amazon reviewer Patricia K. Piper

"All I can say is wow. This new series is a fresh take on MMA romance novels."
- Amazon reviewer Candy71

"The chemistry with these two is off the charts."
- Amazon reviewer Amina Giraldez 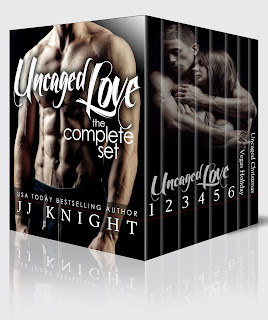 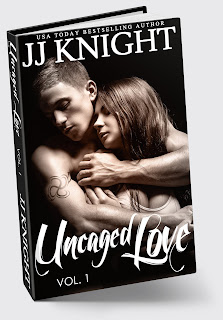 Colt McClure is a rising MMA fighter out to prove that he has what it takes to be a champion.

Jo is on the run from her one terrible mistake.

When Colt drags Jo from a brawl with street thugs, he recognizes her potential as a female fighter.

But as they begin her training, their desire for each other sparks a love affair that could jeopardize them both. 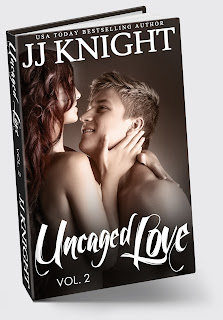 Colt McClure’s career as a champion MMA fighter is threatened by his damaged past.

Jo believes their love can heal him. To prove it, she trusts Colt with the secret she’s been hiding from everyone.

But there's one person who can stand in their way, and he's not about to let anyone interfere with Colt's future.

Jo’s mysterious past is revealed in Uncaged Love Volume 2. 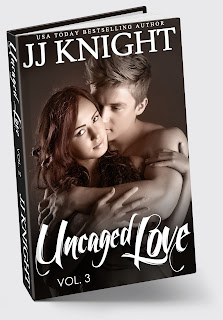 Colt believes another great love has deserted him during his worst hour.

Jo is certain Colt is better off without her.

There is only one way Colt can prove to Jo that they are meant to be together. Schedule another MMA cage fight, and this time — do whatever it takes to win. 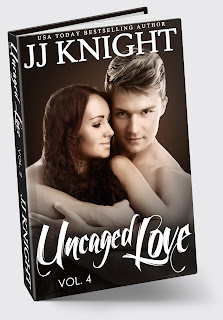 With Colt and Jo working as a team, they are unstoppable. Colt’s manager puts him back in line for the MMA title fight. Jo’s own career takes off as she prepares for her second match.

But someone Jo considers a friend is plotting a betrayal of them both to push a dangerous agenda.

When Jo is brutally attacked, she moves in with Colt. But their happiness together is quickly shattered when it’s clear that several people are prepared to do whatever it takes to see Colt fail. 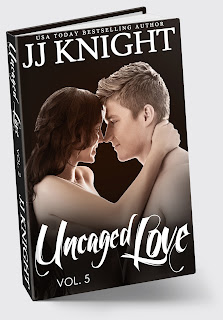 Colt’s ability to ever fight MMA again is in jeopardy after suffering injuries in a near-deadly street brawl.

In the firestorm of publicity after the attack, Jo’s worst nightmare comes true as her identity is revealed and her past catches up with her. Her stepmother and stepbrother sell their story to any magazine or news show that will take it and press charges in hopes of seeing her rot in jail.

Colt and Jo must fight for their love and their futures as their world crashes around them. 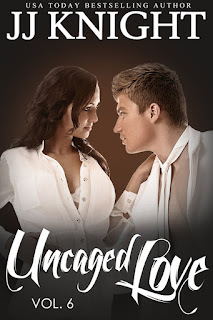 It’s four weeks until the biggest day of Jo’s life. Her wedding.

When Jo arrives in Hawaii ahead of Colt to relax until the big day, she discovers she has one last fight to win before she can get to the wedding day she’s longed for. It will take everything she’s got, including restoring her faith in her own fighter’s hurricane, to protect her family and arrive at her happily ever after.