The General ambles up to the scene, no doubt angry that I’ve disrupted his fight schedule. This is his show, and I’m making a mess of it. The crowd has completely abandoned the cage and the betting tables to watch us.
I’m not sure how to get Chloe out of this. The best way is to insist she’s my girlfriend, so it doesn’t make sense to accuse her.
The General takes in my handcuffs and the still-kicking Chloe.
“What the hell is going on? Why is my lead fighter in cuffs?”
Arthur takes an unsteady step toward him. “Check her phone. She's the snitch. I'll bet she's taken video to send to the cops. Check her texts. Her calls.”
The General shifts his beady stare to him. “Isn’t this the girl you brought in two weeks ago? Mama Bertie says you three showed up with a college type with blond hair. She fits the bill.”
Now the punk stammers. “She tricked us. Went on and on about how she was trying to get in the fights but her ex dumped her.”
He wipes at the blood on his nose and looks over at me. “She's a good liar. You better watch your back.”
Fuck it. I rear back against the guards holding my arms, using them for leverage to thrust both legs in the air. My cross trainers land a hard kick to his chest, leaving a dusty print on his black shirt as he flies backward.
One of his friends scrambles over to him where he lies on the ground. I lunge again, but the guards hold me more tightly now.
The General holds out his hand. “Reckless, take it down a notch. I understand you’re upset that your girl is being accused. It seems like a rather simple matter to solve.” He nods to a security guy. “Let's look at her phone.”
Chloe goes still, and I know that doesn't mean anything good. If she's already texted somebody to send the cops, we’re in deep shit.
“You leave her phone alone,” I say, “or I will walk on this fight. You can take all that money people have put down on me and shove it up your ass.”
The General looks at me, his eyebrows raised. “Now this is very interesting,” he says. “You come up to me, saying you want me to move up your fight. And now you’re against me looking at your girl’s phone. This would make a man wonder what’s going on, wouldn’t it?”
“I don't like people messing with what is mine,” I hiss. “And she is mine.”
“You asshole,” Chloe shouts. “I do not belong to you!’
“Your girl’s got a potty mouth,” Arthur says.
“You shut up before I kill you,” I growl. “I don't need hands for that.”
The General raises his arms. “Let's end all the ugliness right now. We’ve disrupted my fights, and we need to get on with the night. Gentlemen, collect her phone.”
Another one of the guards turns to Chloe, and she immediately lurches her legs up and starts kicking again. This does not look good for her. Or me. I have no idea what serves as justice among people like The General. I could use The Cure right now. I have a feeling he knows exactly how to handle a situation like this.
The security guard feels up Chloe all over, taking way more time than he needs. I lunge again. Finally he finds her phone in the pocket of her sweatshirt.
“Got it,” he says.
“Use her finger,” The General says.
Interestingly enough, Chloe doesn't fight them now.
“You're killing my arms,” she says. “Just hand it to me, and I’ll unlock it.”
The guard glares at her with suspicion. “I'll hold it, thank you very much. Just put your cute little thumb right here.”
Chloe stands still and waits for the guard to point the phone toward her. She jerks her arm away from the security guard who’s holding her and presses her thumb to the screen.
The phone chimes.
“Hand it over,” The General says. 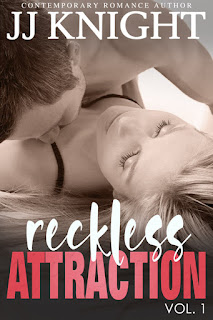 I wish this were the usual love story.
Boy meets girl.
Boy falls in love.
They live happily ever after.
But it’s not.

In this one, I find the most awesome girl. Chloe. Smart. Funny. Sexy as sin. With convictions. She takes risks for what she believes in.

But then she screws me over. I wind up in f*ing jail.

The worst part?
I still can't get enough of her.
Read my story and tell me what the hell to do.
_____
Fans of Uncaged Love and Fight for Her will see their favorite characters Colt & Jo and Parker & Maddie as they try to help this MMA fighter and his new love untangle their destiny. 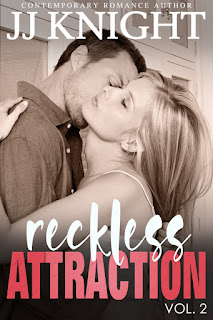 Chloe, you’ve taken my heart.
I know we’ve got this huge problem between us.
You want to MMA to go away.
And I can’t give it up.
But cut me some slack here.
What is going on between us is rare. Perfect.
It needs our protection.
Say you’ll give it a chance.
_____

Hudson, you know I feel as strongly as you do.
And you’ve charmed me into your heart and your bed.
You showed me things I didn’t know existed.
And brought out emotions I never thought I could feel again.

But we have to fact some facts.
You do terrible, violent things.
And I can’t live with it.
My job is my life, and my mission is the right one.
You do nothing but hurt people.
I make it right.
So it’s time for you to choose.
Fighting.
Or me. 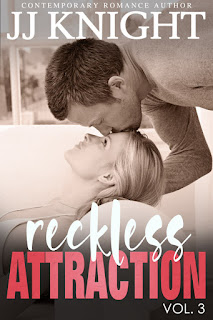 The final book in the heart-pounding trilogy about an MMA fighter and the woman who seeks to end the sport he loves.

It’s happened.
The illegal MMA circuit has gone after Chloe.
Everything is upside down.
Friends are enemies.
Old battle lines have been redrawn.

It’s not just about the sport anymore.
It’s about saving the love of my life.

She can reject me in the end.
But for now, I have to make sure she gets that chance.